Prestretch is the process that allows stretch film to be stretched before (pre) being applied to a load.

The film threads past two rollers (Primary and Secondary) in which the second rollers’ rotational speed is faster than the first, thus stretching the stretch film between the two.

STRENGTH: As you stretch the film , the tensile strength of the film increases so it is significantly (2X) stronger once you pass the point of permanent deformation.

FILM MEMORY: The memory of the film wants to return it to its initial form . However the more you prestretch the lower the memory . (which is why Bi-stretch did not work). If the film is applied to a load with no film force, minutes later you can observe that the film has tightened due to the film elastic memory as it tries to return. It is this film memory (like an elastic band on your hand) that differentiates stretch film from other means of unitizing . Settling that occurs during shipment can loosen other methods of unitizing where stretch film memory takes up the slack and continues to secure the load. Film Memory is the single most important reason for prestretching film!!!

FILM ECONOMIES: The cost of consumables (film) is reduced drastically compared to wrapping a load with film that has not been prestretched ie. Handwrap film. Payback of capital expenditure of 6-12 months is easily obtainable.

STRETCH CONSISTENCIES: Stretching using tension or a brake (post stretching) does not provide uniform stretch and thus is not able to repeat its performance day after day. This can lead to intermittent load failures. As prestretch is more controllable than post stretch it is typically more desirable to maximize prestretch and minimize post stretch.

Film is prestretched when it is elongated mechanically between the two film carriage rollers due to the gearing ratio and diameter of the rollers.

As the surface of the secondary roller is rotating faster than the Primary the film gets pulled between them and stretches.

Post stretch is the stretch in the film created by the film tension between the film carriage and the load being wrapped.

Post stretch is the stretch in the film created by the film tension between the film carriage and the load being wrapped.

Maximizes the load retention capabilities of the film.

As this “Tension” stretch is usually concentrated on the corners of a load, it can crush and damage if set too high.

As you use the load to create the tension, there is a danger of pulling the layers apart.

Dependant on the product to be wrapped this form of stretch may not be desirable. (Empty P.E.T bottles.

Post-stretch is directly proportional to the amount of film force applied.

Increase the film force and the post-stretch will increase.

What Is Film Force? (film tension)

Film force is the tension created in the film due to the films attempt to return to its original state after having been stretched.

A rubber band is a good analogy.

Why Have Film Force?

A low film force inhibits the film from returning back towards its original state.

Increasing this force will cause the film to stretch (post stretch).

How To Create Film Force?

Film Force is produced by creating a drag or tension between the load and the film carriage and can be produced both mechanically and electrically.

Mechanically delaying the dancer arm which measures the speed demand of the load will reduce the film feed leaving the carriage which increases the force.

What Is Film Feed?

Film feed is the ability to provide the film required to wrap a load while keeping the tension of the film constant.

As the load rotates the carriage must vary the supply of film with the demand of the load.

A dancer roller reads the demand of the load and is the input for the control of the film feed.

Controlling this constantly varying demand is critical to proper operation.

How To Control Film Feed? 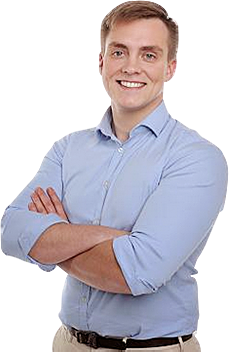